In 2015 Mark Pugson, one of our dentists at our Woodthorpe site was nominated and won the Making a Difference Award through Healthwatch York.

Healthwatch York is part if Healthwatch England who are the National Consumer Champion in Healthcare. They have a feedback Centre on their website which allows members of the public to pass on comments about the care they have received  from Health and Social Care services within York.

In the Dental Awards 2014, Dr Kris Leeson was a finalist for Young Dentist of the Year, and Thorpe Dental Group were finalists for Team of the Year-North.

At the Private Dentistry Awards 2014, Dr Kris Leeson and Thorpe Dental Group were finalists in the Best Employer category. We also had finalists for Best Team of more than 20 employees and Best Charity or Community Project. 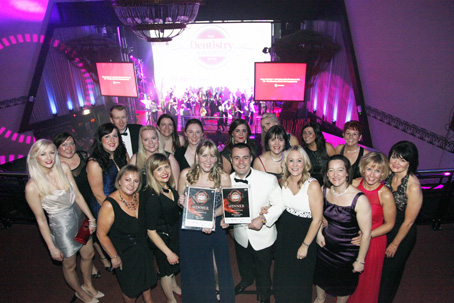 The finalists for The Dental Awards 2012 have been announced and Dr Kris Leeson our principle dentist/Thorpe Dental Group York owner has been shortlisted for the Best Young Dentist North East Catogory along with three others.

The prestigious event, awards ceremony will be held on the 7th December at the stunning art deco cinema Athena, Leicester. The 2012 awards are set to be more glamorous and  more magical than ever before.

This is an enormous accomplishment for the Kris and his teams at Thorpe Dental Group wish him good luck and will be there on the night to support him. 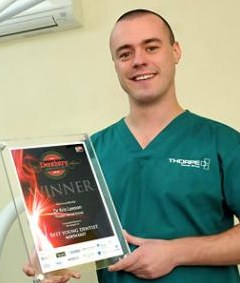